LocationYour Ice Cream to your house

Amazing place to stop and eat

In the city center

The location of Gelateria Palau makes it ideal to stop and eat an ice-cream in Barcelona while visiting buildings such as “El Palau”, “Liceu”, “Arc de Triomf” or simply stroll through the neighbourhood “El Born”, Las Ramblas and Plaza Catalunya, some of the most beautiful and emblematic areas of the city.

We have found this ice cream shop with the help of the whole family. We celebrate each of the steps that are being taken to improve it constantly and offer you, our customer, not only the best service but the best natural flavors.

Eating healthy and natural is not simply a fad today, it is a way of life for all those people who want to feel better about themselves and their environment. That is why all our ingredients and fruits are of natural origin with the cold as the only preservative.

All our flavors are suitable for celiacs (gluten free) and we have an extensive menu of vegan ice cream and poles (without lactose)… even some without any sugar! 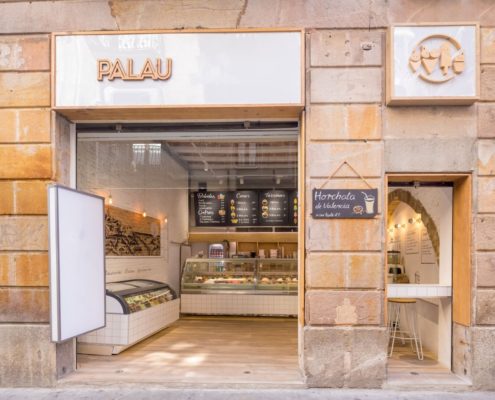 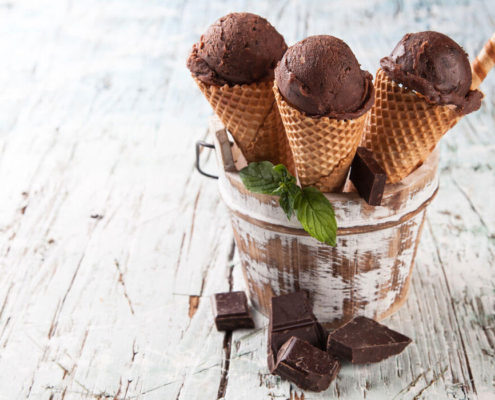 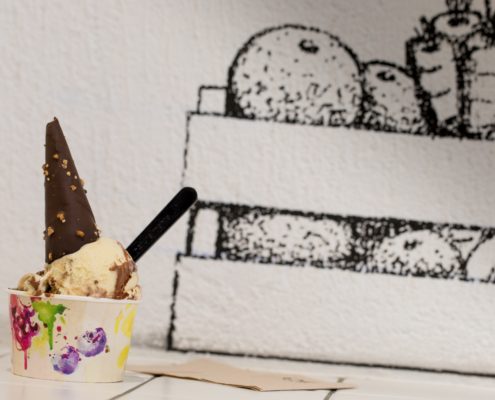 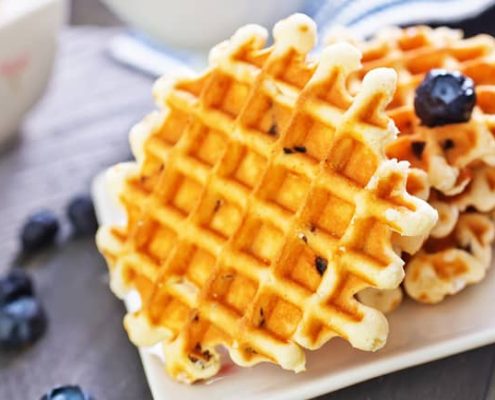 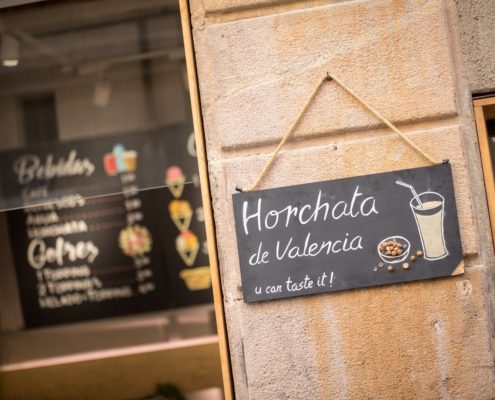 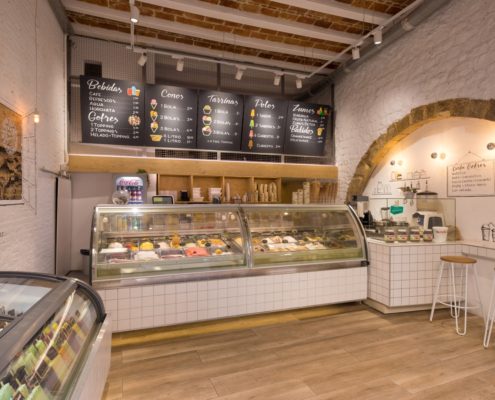 La Gelateria Palau is an ice-cream shop located in the heart of Barcelona, in one of the most emblematic places of our city: right in front of the Palau de la Música Catalana, in ‘El Born’, district of Ciutat Vella.

It may seem that the name of the ice-cream shop was given because it is located there, however, the curious history goes back over a hundred years ago, when the businessman Ramon Palau decided to found a company that produces olive oil in the best region for such a task: The little village of La Sénia, in south Catalonia. In the olive fields bordering Castellón grew and consolidated the business of exporting olive oil that would later win several international awards for its supreme quality.

The descendants of Ramon founded this ice-cream parlor with all possible affection and with the help of the entire Lázaro-Palau family, from the oldest to the youngest, paying homage to their surname and taking advantage of the opportunity to open an ice cream store in Barcelona, decided that their ice cream would also have that superior quality that characterized the good work of the grandfather, Ramon.

Aware that the best ice cream culture is found in the region of Italy, they have partnered with the great supplier Luca Grassi (Luca Desserts) who won numerous awards and titles for preserving and innovating in the art of quality ice cream, in this way brings a great variety of the most artisan Italian ice creams in order to offer to the inhabitants of the city of Barcelona and its thousands of visitors the best dessert possible.

Like any good company, its beginnings were not easy, as we explained in our story, but from the first minute until today we worked to offer a new concept of ice cream in which to “take care of the taste and also take care of the body”, with healthy products like the famous poles of the refrigerator Nadia Ionut (GÜD), besides other delicious products like Waffles or Crêpes warm in winter or Horchata from Valencia in summer, this new concept is already positioning it like one of the best ice cream shops in Barcelona.

You can find us on: 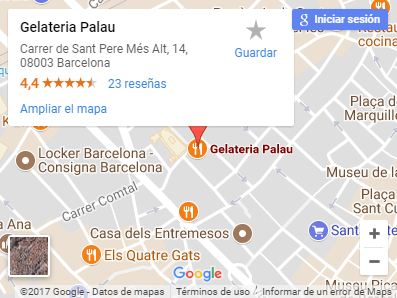 Ask whatever you want:

This website uses cookies to improve your experience while you navigate through the website. Out of these, the cookies that are categorized as necessary are stored on your browser as they are essential for the working of basic functionalities of the website. We also use third-party cookies that help us analyze and understand how you use this website. These cookies will be stored in your browser only with your consent. You also have the option to opt-out of these cookies. But opting out of some of these cookies may affect your browsing experience.
Necessary Always Enabled
Necessary cookies are absolutely essential for the website to function properly. This category only includes cookies that ensures basic functionalities and security features of the website. These cookies do not store any personal information.
Non-necessary
Any cookies that may not be particularly necessary for the website to function and is used specifically to collect user personal data via analytics, ads, other embedded contents are termed as non-necessary cookies. It is mandatory to procure user consent prior to running these cookies on your website.
SAVE & ACCEPT
We're closed for holidays until March. Thank you! // Estamos cerrados por vacaciones hasta Marzo. Gracias!
Learn more
This is default text for notification bar
Learn more
Scroll to top